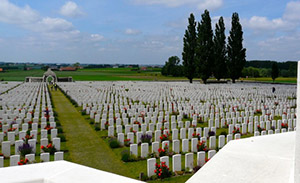 For those of us who lost ancestors during the First World War, the current commemorations marking the centenary of the war hold a particular poignancy. There can be no question that the men and women who served our country and achieved victory must be honoured and remembered always. 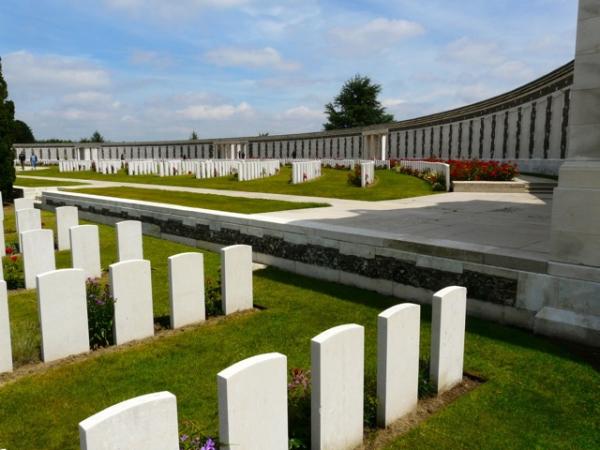 One of the most worthwhile experiences for anyone, whether or not they have the name of a past relative inscribed on a memorial in Flanders or elsewhere, is to visit the numerous cemeteries, large and small, where thousands of headstones and monuments record so many lost lives.

Geoffrey Robinson, the speaker at a recent meeting of the Alde Valley Suffolk Family History Group, told us of his quest to visit the sites in France and Belgium where headstones and memorials mark the resting place of the twenty men from Worlingworth, Suffolk, who were 'killed in action' during the war. Geoff, who asked me to refer to him by this abbreviated form of his Christian name, spoke of his 'journey of discovery', as before the visits he made to Flanders and the research he carried out, he professed to knowing just the basics concerning the 1st World War. Within his own family he had no ancestors who lost their lives in the war. However, he developed a particular affinity to one soldier whose name appeared on the Worlingworth memorial. This man was Major William Cotton French of the 3rd Queen Alexandra's Own Gurkha Rifles. Major French was the youngest son of the Rev. Frederick French, a former rector of Worlingworth. He was killed on 12th March 1915 during the battle of 'Neuve Chapelle'. This battle, fought from the 10th to the 12th of March 1915, had great significance for families in Leiston and the surrounding locality, as many of their loved ones fought and died there, predominantly whilst serving with the 4th Battalion of the Suffolk Regiment.

Geoff made the journey to Le Touret Military Cemetery at Richebourg L'Avoue in France where Major French is buried, along with men from Leiston, whose names appear on the memorial at the cemetery: a tribute to the courage and sacrifice of soldiers who are not forgotten. The research Geoff carried out into both the military career and private life of William Cotton French deepened his interest in the French family history and he is now anxious to trace any known descendants. 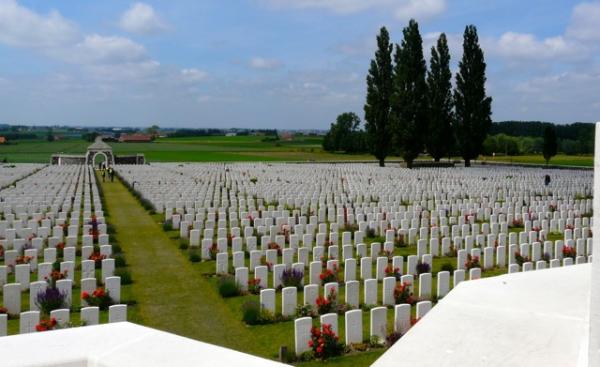 Geoff's talk was enhanced by slides showing many cemeteries and memorials, including the famous Menin Gate Memorial, Tyne Cot Cemetery and the Thiepval Memorial, all of which record the names of thousands of those who gave their lives during the war. Other illustrations of relevance, such as battlefield maps and photographs of the devastation caused to towns and villages in Flanders added interest for his audience. 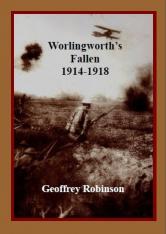 We are fortunate as family historians that so many new books have been published recently commemorating the lives of service men and women from our local towns and villages. They are a valuable source of information for anyone researching a W.W.1 ancestor, or for those wishing to know the part local families played during the Great War. Among these publications is Geoffrey Robinson's book 'Worlingworth's Fallen 1914-1918', which is available to read at the Alde Valley Suffolk Family History Group's research office at the Council Chambers, Main Street, Leiston; one of the many publications we now have concerning local W.W.1 memorials.xxx

Following his informative and often poignant talk, for which worthy appreciation was expressed, Geoff took comments and questions from group members and guests. It was stressed how important it is to remember each individual service person commemorated on a grave or memorial: a fact brought home to him by his own research into the lives of those named on the Worlingworth memorial.

Basil Jenkyns, who has spoken to our group on several occasions, alluded to the fact that more consideration should be given to women, upon whose shoulders the burden of support and personal sacrifice fell. A thought provoking conclusion to a thought provoking meeting.

Previous: Leiston Abbey talk fills the hall
Next: The History of Minsmere