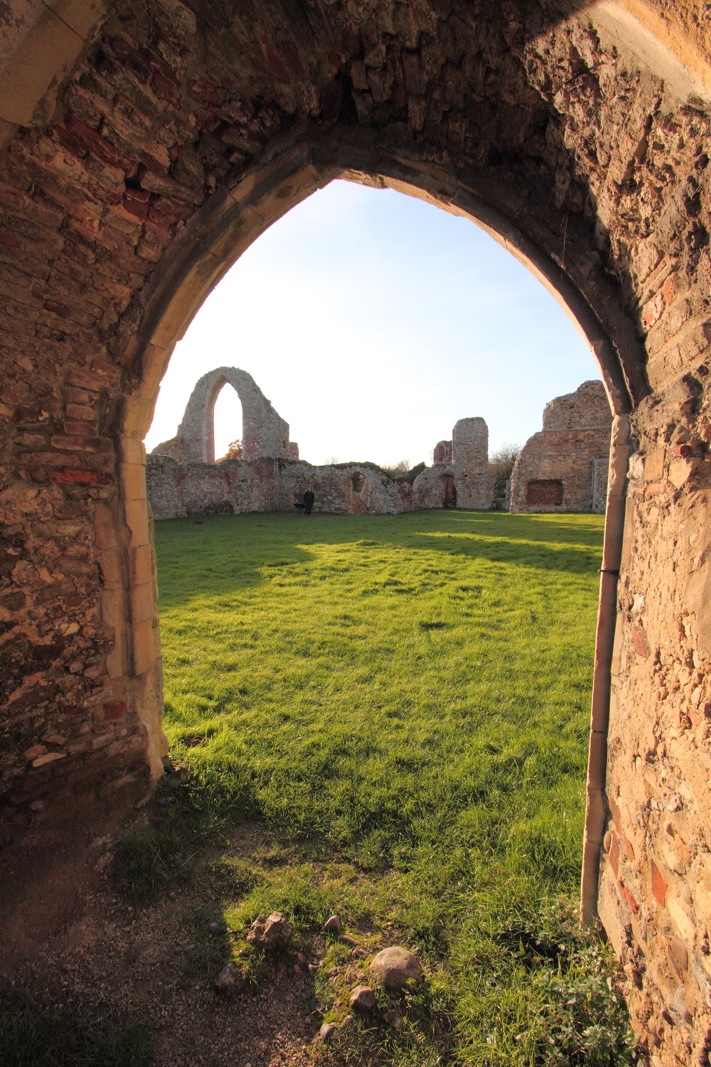 THE DAY THE HALL RAN OUT OF CHAIRS!

The Alde Valley Suffolk Family History Group has had full houses before, but Sheila Harrison's excellent talk on The History of Leiston Abbey drew such crowds on Monday 18th May that there was standing room only in the Leiston Community Centre, with several more sitting on the floor.

Sheila took us through the history of the Abbey, from its founding in 1183, sited on an "island" amid the marshes at Minsmere, through its move inland to Leiston in the mid-fourteenth century, to its closure in 1536 as part of Henry VIII's Dissolution of the Monasteries.

Documents record the royal retainers pensioned off to live at the Abbey's expense, disputes, some of them violent, with the men of Dunwich, and a quarrel between the Abbot and the Vicar of Theberton in 1445.

By the 1350s persistent flooding at Minsmere prompted the move inland to Leiston, where the Abbey was re-built using stone from the Minsmere site.  Sheila’s talk was illustrated by slides showing the architecture of the ruins and the glorious mixture of building materials and styles: with the shortage of labour following the Black Death they used what was to hand without re-cutting the stone, so the old Norman pillars from Minsmere were topped by a "modern" (14th century) gothic arch.

Following the Dissolution in 1536 the buildings fell into disrepair.  A farmhouse was built inside the west end of the church, and photographs from 1918 show the farmyard and dilapidated buildings in the chancel, where the farmer kept his pigs.  Today the Abbey is in the care of English Heritage and is the home of the Pro Corda Music School.  The site is open to the public at all times, and this summer (2015) an archaeological dig will take place which will also be open to visitors.