Born in Woodbridge in 1808 to a family of builders, Francis THOMPSON married Anna Maria WATSON at the age of 22, and immediately emigrated to Montreal in ‘British North America’ (now Canada).  The couple’s only child, Francis Jacob, was born in 1831; his mother died the following year during a cholera epidemic that claimed 4,000 lives in Montreal.

Following the death of his wife and, in the face of increasing political unrest between the French and growing numbers of English settlers, Francis returned to England in 1837.  However, his architectural footprint in Canada can still be found in numerous commercial buildings, court houses and churches.  Perhaps most famously he co-designed St Ann’s Market Hall, Montreal, later to become home to the Canadian Parliament.

Upon returning to England, he was recruited by Robert Stephenson as the lead architect for the North Midland Railway then under construction.  In the following years he designed many publicly acclaimed buildings, major and minor railway stations and warehouses.  One of the most important and representative examples of his surviving work is the ground-breaking station complex at Derby, incorporating a three-bay glazed train shed, a locomotive roundhouse and the Midland ‘Railway’ Hotel.

Other notable structures bearing Francis Thompson’s stamp include the Britannia Bridge spanning the Menai Straits, completed when he assisted Robert Stephenson on the Chester and Holyhead Railway.

Francis had re-married in 1840 and, by tragic coincidence, his second wife Elizabeth also died of cholera in 1852.  His third marriage, to Mary Ann GROVES, followed in 1853, before Francis returned to work in Canada.  Here he was appointed architect for the Grand Trunk Railway of Canada and the St Lawrence and Atlantic Railroad, designing the masonry for the Victoria Bridge in Montreal, and the terminus at Portland, Maine.  The latter opened in 1855 and was lauded as the largest station in America at that time.

Having returned to England in 1859, the final years of Francis THOMPSON’s career were spent on producing ‘template’ designs for intermediate stations, and included a number in the East of England, of which the station house at Wickham Market remains a fine example.

Francis and Mary THOMPSON initially retired to Hastings in 1866, before finally moving back to Bredfield, where Francis died, aged 86, on 23 April 1895.  His widow survived him by less than a year, dying on 11 February 1896.  She is interred with her husband at Woodbridge Cemetery. 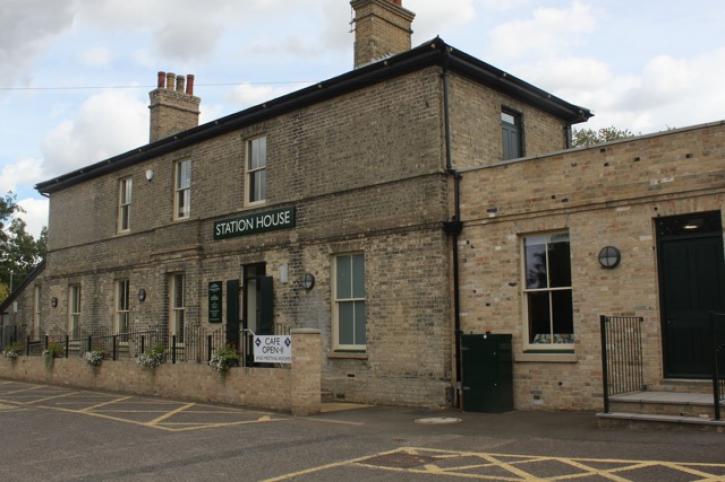