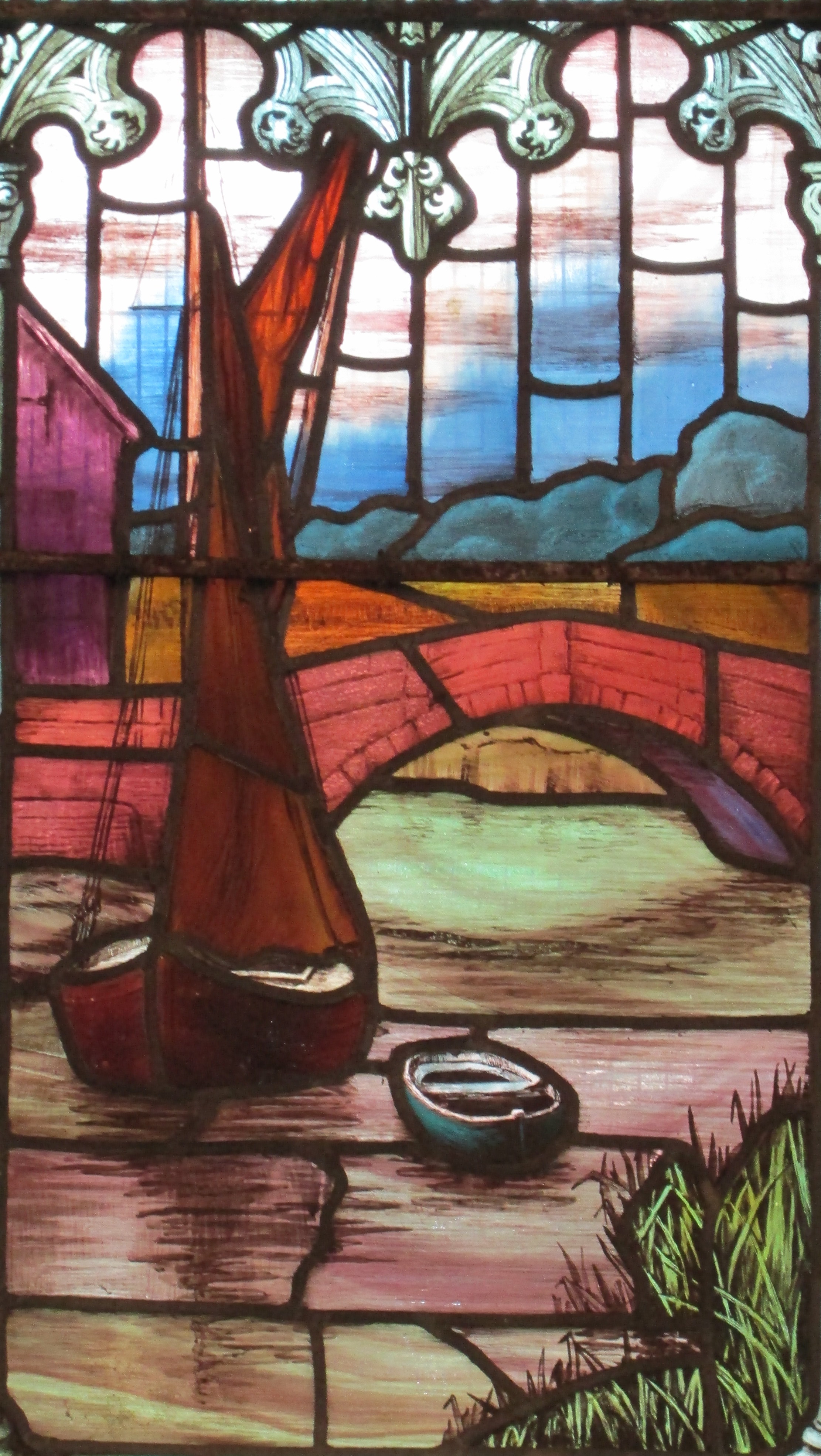 pre-1960 Snape Bridge in the east window of Snape Church 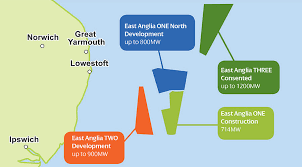 The Alde-Ore Valley comprises a quite small, coastal-rural part of the County of Suffolk.  It comprises about half of the geological "Sandlings", an area (broadly east of today's A12 road between Ipswich and Great Yarmouth) of sand and gravel washed out from melting ice-sheets at the end of the last Ice Age, that also formed (south to north) the rivers Stour (on the Essex border), Gipping/Orwell, Deben, Alde/Ore, Blyth and (on the Norfolk border) the Waveney.

In the first century AD, the Iceni tribe of Queen Boudica (known to the Romans as Boadicea) inhabited what is now Norfolk and the north of Suffolk, whilst the neighbouring Trinovantes occupied the south.  Together they sacked Roman Camulodunum (Colchester), Londinium and Verulamium (St Albans) in 60/61 AD.  Since those times, "Silly Suffolk" (from the old German "sǣlig" — "holy") has had a rich and varied history down to the present day ...

The county names of Norþfolc and Sūþfolc first appeared in the 9th-century Anglo-Saxon Chronicle, as the home of the North and South Folk — the Angles, who gave their name to England, but had come in the 5th and 6th centuries from Angeln (on the present-day German border with Denmark).  Whatever was written about them at the time would have been destroyed during Viking raids on the monasteries.

It was also said in Aldeburgh that "the East Wind doth no good".  [It still doesn't! — WM]

Many professional musicians consider that Benjamin Britten's Snape Maltings concert hall has the best acoustics of any in Europe: it lies beside Snape Bridge in the lost village of Dunningworth, but confusingly is actually in Tunstall parish, not in Snape at all!  The green on the first map on our main Maps page marks just the centre of the stunning Suffolk Coast & Heaths Area of Outstanding Natural Beauty, which extends for all but a very few miles of Suffolk's coastline.  Yet only a few miles south of us lies the Port of Felixstowe, the UK's busiest (and Europe's sixth busiest) container port, handling over 40% of the UK's containerised trade, and accommodating the very biggest ships — whilst off our shores are operational or planned amongst the largest windfarms in the world (see map bottom left), whose power is coming ashore at Bawdsey and Sizewell, the latter already the proposed site for a third nuclear power station.  Recent underground cabling work has revealed the site of Early Neolithic dwellings from c.3200-3100 BC, but that work and other development of onshore infrastructure causes public disquiet.  There is further local information here on the Snape village website.

You can also read here a more comprehensive history of Suffolk (written in 1868), together with a useful bibliography of Suffolk books (of most of which we hold copies in our Help Centre).  The German Ocean is, of course, what we nowadays call the North Sea.

Enjoy a virtual visit to our area here!