"GHQ Auxiliary Units of WW2: History on our Doorstep" with Chris Pratt

The gentleman pictured above was Major General Colin Gubbins, first CO of the "Auxiliary Units".

For its first meeting of 2019, held at a packed Snape Village Hall, we welcomed Chris Pratt, Curator of the Museum of the British Resistance Organisation, Parham Airfield, to share his extensive and intimate knowledge of the activities of a largely anonymous group of men and women recruited to play an important role in the defence of our nation.

Following the mass evacuation of troops from the beaches of Dunkirk in June 1940, resulting in the heavy loss of ordnance to the Germans, the British High Command concluded that Britain was highly vulnerable to invasion and the threat of occupation by enemy forces.

In response, Winston Churchill and the War Cabinet determined that the regular army required supplementing with guerrilla type troops who, in the event of German occupation would be responsible for ‘hitting the enemy in the comparatively soft spots behind zones of concentrated attack’.

The resultant ‘Auxiliary Units’ were comprised of highly skilled ‘stay behinds’ who would remain undetected in purpose built underground bunkers, as enemy forces made their way across the country. 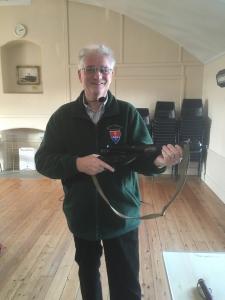 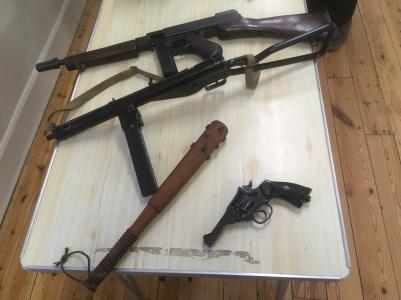 The ‘auxiliers’, whose numbers included farmers, doctors, midwives, teachers and members of the clergy, were largely recruited from the Home Guard and wore Home Guard Uniforms in order to conceal their true identity.  Service in the units was expected to be highly dangerous, with a projected life expectancy of just twelve days.  Members were also given orders to kill themselves in the event that they faced capture by the enemy.

The Auxiliary Units were retained long after any immediate Nazi threat had passed and were only stood down in 1944. Some members were subsequently released to join the Special Air Service (SAS) Regiments and played an important role in the D-Day Landings in June of that year. 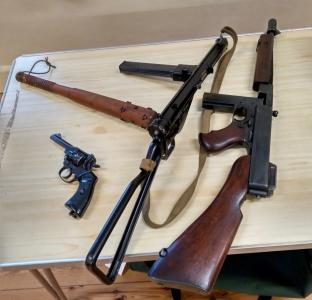 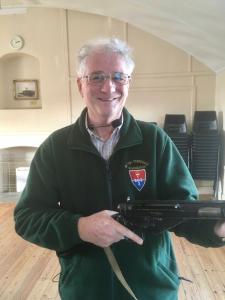 Given the highly confidential nature of their role in the nation’s defence, individuals recruited into the Auxiliary Units were sworn to secrecy and precise details of their activities remain unknown to this day.  They were also denied any recognition of their contribution until 1994, when the Government agreed to issue the Defence Medal to those who could prove three years’ service with the units. 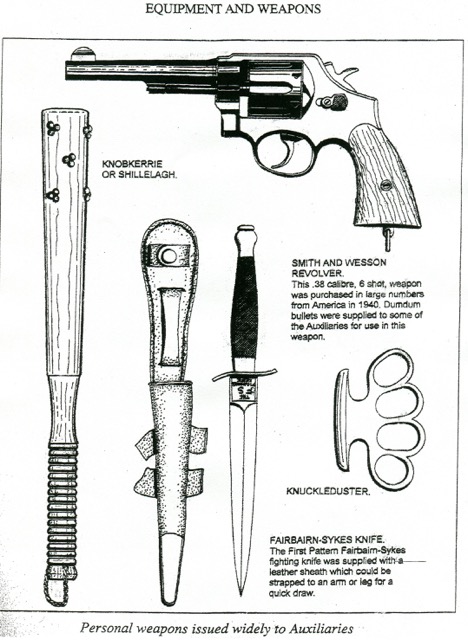 The Museum of the British Resistance  Organisation is dedicated to these courageous men and  women, and was established on Parham Airfield in August 1997.  Its many fascinating exhibits include weapons, and a replica bunker where visitors can experience what it would have been like to have been an ‘auxilier’.  Potential visitors will also be pleased to learn that admission is free and that the museum houses an attractive cafeteria and shop.  Full details of opening times can be found at http://www.parhamairfieldmuseum.co.uk/visitor-info/directions/

Previous: The Ropes of Blaxhall: One family’s diverse creative legacy
Next: Childhood during WW2 by Berry Mayall — CANCELLED