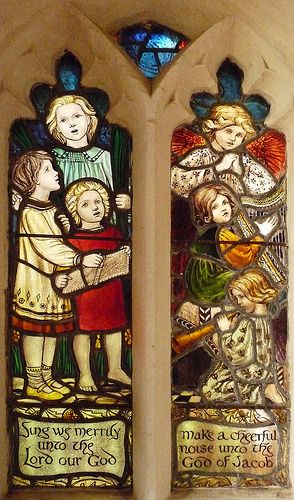 The Ropes of Blaxhall: One family’s diverse creative legacy

This Saturday afternoon event in Elmswell is organised by Suffolk Institute of Archaeology and History.  The talk, by Arthur Rope, will seek to give an overview of the creative achievements of two generations of descendants of George and Anne Rope (of Grove Farm, Blaxhall), focussing in particular on two sculptors, a graphic artist and two stained-glass makers.

George and Anne's granddaughters, the cousins Margaret Agnes Rope and Margaret Edith Aldrich Rope, sometimes collaborated in their Arts & Crafts glass-making, as in St Peter's Blaxhall porch window (above).  Their work can be found widely across the UK, in Australia and South Africa, but locally it can also be admired at the Church of The Holy Family & St Michael, Kesgrave, built by the family in memory of Squadron Leader Michael Rope, who was on the design team of Airship R101 and died in its crash.

There is an entrance fee of £5.00 for those who are not members of SIAH.

☞  Steve Stocks is attending as he has a tenuous acquaintance with the Rope/Jolly Family, and is offering a free lift to anyone (member or not) who wishes to go too.  Pick-up would be arranged for around 12:30/12:45.  Contact him at wm@avsfhg.org.uk.

Also, sculpture by Ellen Mary Rope, an aunt of the two Margarets, is currently on display at the exhibition "Kiss and Tell: Rodin and Suffolk Sculpture" in Christchurch Mansion, Ipswich until 29th April 2019.

Previous: Summerhill: dreadful School" with Zoë Readhead
Next: "GHQ Auxiliary Units of WW2: History on our Doorstep" with Chris Pratt