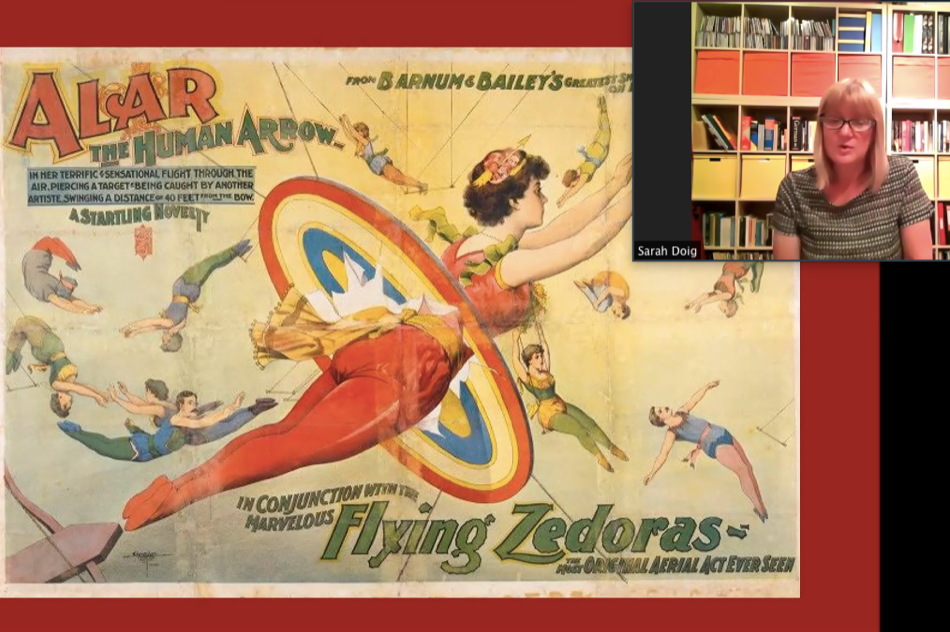 On what was optimistically coined as ‘Freedom Day’, our July meeting was treated to an inspiring talk by Sarah Doig, entitled ‘Celebrating Suffolk Women’.  As well as being a popular speaker, Sarah is an independent historical researcher and author, with a number of books to her name.  These include ‘The A-Z of Curious Suffolk ’; ‘ The Little History of Suffolk ’ and ‘A-Z of Ipswich: Places, People, History ’.  She is also the current Chair of the Friends of Suffolk Archives.

Her talk on this occasion was very much about ‘people’ and, more specifically about a number of famous and less famous women who, in their own unique way, have made a significant contribution to society and have Suffolk connections.  So, we were walked through a colourful pot-pourri of artists, suffragettes, medical pioneers and writers; each of the insightful ‘pen-portraits’ skilfully capturing the essence of their lives and achievements.

While not looking to reproduce the content of Sarah Doig’s absorbing presentation here, a number of the featured personalities struck a particular chord, especially as they were from less wealthy backgrounds.  For example, Pansy Chinnery, who died in Ipswich in 1960, leaving her family to discover a wealth of memorabilia reflecting Pansy’s life with the circus.  Even more remarkably, as part of an act called ‘The Flying Zedoras’, who toured with the famous Barnum and Bailey, Pansy was known as ‘The Human Arrow’; her part in proceedings was to be fired from a giant crossbow through a large paper target. 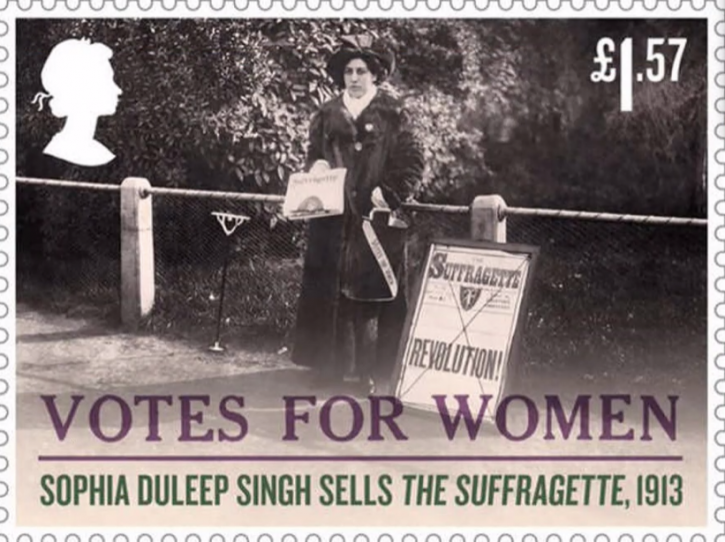 who was responsible for establishing the East Anglian Sanatorium at Nayland, for the treatment of tuberculosis; the society girl turned suffragette Sophia Alexandra Duleep Singh; and Norah Lofts, a well-known writer of historical fiction, who lived for many years in Bury St.  Edmunds.

Among the various questions put to Sarah Doig at the end of her talk was one that suggested the content would make an excellent book.  In response, Sarah suggested that this was already under consideration.

At our July meeting, Sarah Doig will present a talk called “Celebrating Suffolk women”, which is a pot-pourri of stories about the county’s famous and not so well-known women.  Suffolk artists, suffragettes, medical pioneers and writers all feature in this look at the fascinating lives of the county’s heroines.

After having travelled the world during her 20-year career in the Foreign & Commonwealth Office, Sarah could no longer resist the strong pull back to East Anglia to which she returned in 2010.  She is an independent historical researcher and author, and also a popular speaker on local and general history.  As well as having written for a number of local magazines, Sarah has had several books published by The History Press and Amberley Publishing.  These include “The A-Z of Curious Suffolk”, “The Little History of Suffolk” and “A-Z of Ipswich: Places, People, History”.  Sarah is the current Chair of the Friends of Suffolk Archives.  You can read more by visiting her website at http://www.ancestral-heritage.co.uk/