Our February Zoom-based meeting was treated to an enthralling, ‘slide-free’ talk by Dr Nick Barratt.  Nick, an author, researcher and world-leading genealogist, is known to many for being the creative force behind the BBC’s immensely popular ‘Who Do You Think You Are?’, a show that has now clocked up 17 seasons, and is in no small way responsible for inspiring a new generation of family historians.

Nick also has several other strings to his bow, being a teaching fellow at the University of Dundee, a fellow of the Royal Historical Society, and President of the Federation of Family History Societies (of which AVSFHG is a member).

In this evening’s talk, Nick took us on a ‘behind the scenes’ tour of WDYTYA, explaining how the hit BBC series was commissioned, researched and filmed, before exploring the impact of the show on the way we research our family stories.  He also considered how broadcast media and the rise of the Internet have transformed genealogy and family history.

The idea for WDYTYA came to Nick while he was working at the National Archives (then the Public Record Office) in London.  Although Nick had arrived at TNA to pursue an academic passion for ‘13th Century State Finance and Fiscal History’, he soon came to realise that the people coming to his enquiry desk were more interested in learning about how to trace their ancestors than dusty medieval documents executed in heavily abbreviated Latin.  Nick described this as a ‘road to Damascus’ moment.

He went on to tell us that until the arrival of programmes such as WDYTYA, history had been curated and told by mainstream historians of a certain vintage.  They offered a top-down view of history, based on the perspective of the elite — kings and queens, aristocrats, generals and politicians.  So, when WDTYA first appeared on our screens in 2004, it was dismissed as ‘self-indulgent, navel gazing’, with ‘bottom up’ family and social history regarded as a pastime, rather than serious study of the past.

The production of a TV show now seen as a ‘journey of discovery’ also encountered some specific challenges with the celebrities whose lives were to be researched.  First, because some wanted their ancestry presented in a certain way, rather than a piece of social history that sometimes contained troublesome narratives; second, because it was a condition that the celebrities being featured didn’t see the finished programme until it was aired — so a number walked away.

All these years later, WDTYA continues to be a great success.  At the same time, the arrival of several other similar programmes on our screens, the growing popularity of genetic genealogy, our ever-increasing reliance on the internet and social media, have significantly shifted the landscape of family history.

Nick ended his fascinating talk by reflecting on the implications of these developments for future family-history research, before concluding with words that reinforced the importance of recording our own lives for posterity ‘because if we don’t, somebody else just might’.

An audio-file of Nick's talk is now available, with his permission, and runs just shy of 54 minutes.  Access is restricted by password to members only.  It will be available via the blue link below until 15th March, the date of our next meeting.  You will initially be presented with a simple sign-on screen.  The username (confusingly called "Email") is "members".  The matching password has been circulated by email, so that you can listen to Nick's talk by clicking here.  For those who choose to listen for a second time, we believe you will find it even more fascinating.

We are delighted to welcome Dr Nick Barratt to give our online talk on Monday, 15th February at 7:30pm, entitled "Family History and the Media: Behind the Scenes of Who Do You Think You Are? ".  The author, researcher and world-leading genealogist was a driving force behind the creation of the BBC TV series.  He explores the impact of the show on the way we research our family stories, and looks at how broadcast media and the rise of the Internet has transformed genealogy and family history.  He explains how the hit BBC series is commissioned, researched and filmed.

Among other things, Nick is a teaching fellow at the University of Dundee, a fellow of the Royal Historical Society, and President of the Family History Federation. 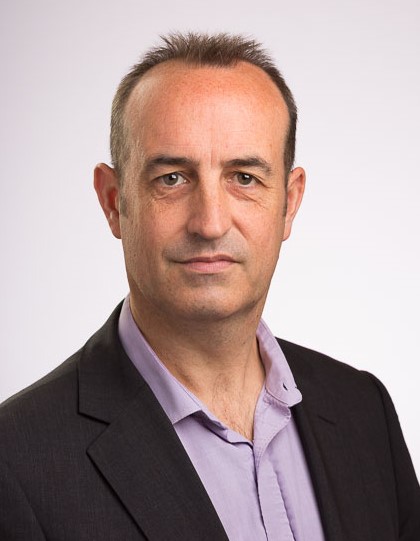