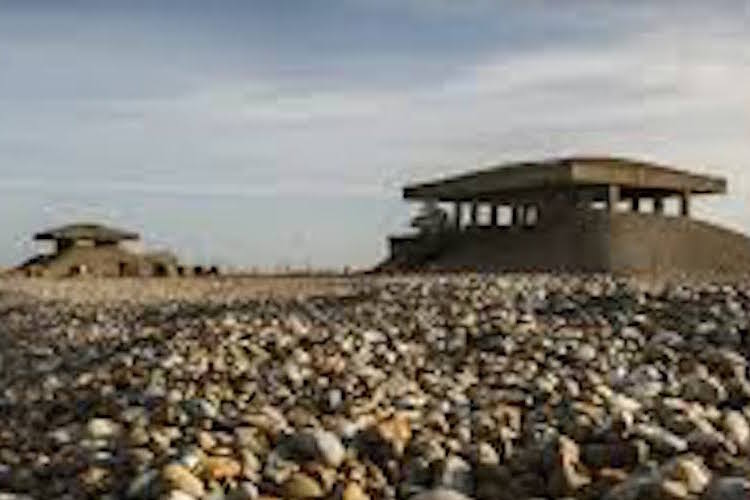 ‘Shake, Rattle and Roll’ – A Personal Perspective on Orford Ness

Continuing with our monthly programme of Zoom-hosted talks, we were delighted to welcome Nigel Turner to our latest meeting.

A native of Leiston, who served an apprenticeship at Garrett’s, Nigel worked at the Atomic Weapons Research Establishment, Orford Ness, from 1961-1964, before moving on to Sizewell ‘A’ Nuclear Power Station.  Significantly he was also heavily involved with the formation of our Group, having served for a number of years as the group’s Secretary and Chairman.

Nigel first gave a brief overview of Orford Ness, before delving into the often ‘secretive’ activities conducted at the remote location on the Suffolk coast.  We soon learned of early experimentation with the dropping of bombs during WW1, when a plane from Orford Ness was involved in bringing down the German Zeppelin that notoriously crashed at Theberton, killing 16 of the crew.  Three survived.

We then heard about the early work on RADAR carried out at Orford Ness in the years immediately preceding WW2, before this research was moved to Bawdsey.  We were also told that following the sinking of the German battleship, Graf Spee, during the Battle of The River Plate, some of the ship’s communication hardware was salvaged and brought back to the UK for forensic examination.  This analysis revealed that the development of German radar substantially lagged behind that already developed at Orford Ness.

Between 1953 and 1971, research at Orford Ness was conducted under the auspices of the Atomic Weapons Research Establishment (AWRE), when the site became most famously involved with testing the safe transportation of atomic bombs.  It was from this activity that Nigel took the talk’s title, as the testing régime literally involved shaking, rattling and rolling dummy bombs to establish the circumstances in which missiles could be transported without risk of explosion.  Britain’s first atomic bomb, named ‘Blue Danube’, weighed in at a hefty five tons.   A smaller missile, the WE177 freefall bomb, was developed later, when the emphasis of research at Orford Ness switched to the science associated with dropping modern bombs from aircraft.

In 1963, during the AWRE’s tenure of the site, it was announced that Britain would proceed with the purchase of the United States’ A3T Submarine Launched Ballistic Missile System (Polaris), with Orford Ness testing the missile’s warhead for safety during transport.  However, there followed a period with little new work in prospect, and in April 1969 a decision was made to close the site and transfer many of its functions to Aldermaston, in Berkshire.

Prior to this turn of events, it was hoped that the development of a high-impact facility for testing the effectiveness of missiles would guarantee the site’s future as a national testing centre.  However, a remote, vegetated shingle spit on the coast of Suffolk was no longer seen as a desirable base by the relevant authorities.  Somewhat ironically, it seems that the site’s fate was sealed by the very location that had for so long underpinned its security.

Orford Ness was acquired by the National Trust in 1993, since when it has been left to decay through a process that Nigel described as ‘continuous ruination’.  He went on to express a personal view that this is entirely inappropriate for what he regards as the most significant historical building constructed during the Cold War.